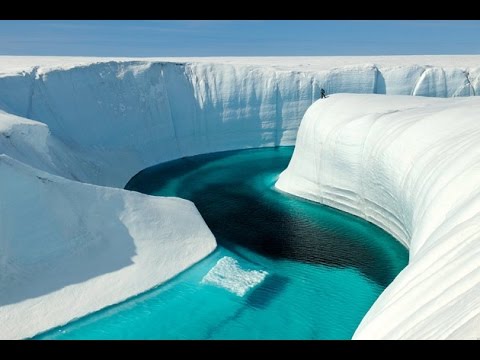 It's hard to believe the disturbing facts that our earth is suffering from extreme weather & so many terrible environmental changes.

5. Food Prices
Due...
It's hard to believe the disturbing facts that our earth is suffering from extreme weather & so many terrible environmental changes.

5. Food Prices
Due to droughts and other inconveniences while trying to grow food due to climate change, this could have a steep increase on food prices and farmers ability to grow crops! Land needs to be fertile in order to grow anything and that can’t really happen without enough water. With California being in a drought of epic proportions and also a state with lots a produce, the western US could see a huge increase on the cost of food by the year 2050 some are predicting. With extreme heat waves, it could cause refrigeration prices to skyrocket. While we haven’t seen the price of produce to rise yet, the rises are known to lag due to the time it takes to grow the crops.

4. Deforestation
Not only can climate change cause destruction to our forests by wildfire, they can also be affected by invasive species. Some species of beetles like the Bark Beetle is known to thrive in warm temperatures. The increase of this species can absolutely devastate forests especially here in North America. With longer droughts and shorter winters the bark beetles have working overtime and have already killed billions of trees in possibly the largest forest infestation in recorded history. They enjoy feasting on mountain pines and spruce in places like the Yukon, Rocky Mountains and even all the way down in Mexico. The feed primarily on the inner bark, cutting off its circulatory system and leave the trees with little to no nutrients to continue living.


3. Ice Caps Melting
Researchers at Nasa and UC Irvine have began to notice a western glaciers in Antarctica is melting at an alarming rate. This could eventually lead to our oceans rising at least 4 feet. Coastal cities could see a rise in floods make some cities uninhabitable. This isn’t the only place that’s melting. Greenland is home to many glaciers and ice caps. In this photo, from the film Chasing Ice you can see melted glacial water that melted at a frightening rate. In some places in Greenland, the stream from the melted water moves at a speed of 9.4 miles per hour! At the current rate it’s ice sheets are melting, it creates enough water each year to cover Germany a meter deep! The arctic is experiencing a crisis and it will affect us in ways we can only imagine.

2. Higher Demand for Energy
A global trend has began and since 1970 the global demand for heating has decreased while the demand for cooling has skyrocketed. With the climate getting warmer and more people, the demand for more energy to produce enough cooling could get out of control. It will be never ending cycle of people wanting to stay cool due to the increase of carbon emissions but need power plants who put out carbon emissions to run the power! We can only hope solar and other clean fuel sources will be able to keep up with the demand. Many are projecting rainfall to plummet in some places. Hydroelectric dams, like the hoover dam, provide energy to many places. With the decrease in water and rain, how are they supposed to be able to provide us with electricity. Other places are expecting there to be even more floods like along the coast line. These floods and natural storms could cripple power generators and disrupt transmission routes making electricity in extremely high demand.

1. Animal Extinction
The widespread damage caused by climate change is not only affecting humans but endangering numerous species of animals who struggle to adapt to the new environments we’ve created. This also causes them to change their behaviors like we’ve seen with migrations and coral Animals that we cherish now like Koala Bears and Polar Bears could be next on the list. The lack polar ice during the summer has lead to Polar bears to cannibalize their own cubs in order to stay alive. But it’s already caused extinction. The Orange spotted filefish who lived in coral reefs are extinct in Japan due to the coral bleaching and sensitivity to warm waters. The Golden Toad is one few known species to go extinct with medium confidence that it was due to climate change. It lived in forests in central America that disappeared due to drought and other climate changes.
Show more
Share DOWNLOAD NEXT VIDEO Submit complaint
Loading...
You are about to download a video in MP4 format.
If you'd like to adjust the format or resolution, just select it here
Download
Download has already started, please wait 10 Seconds