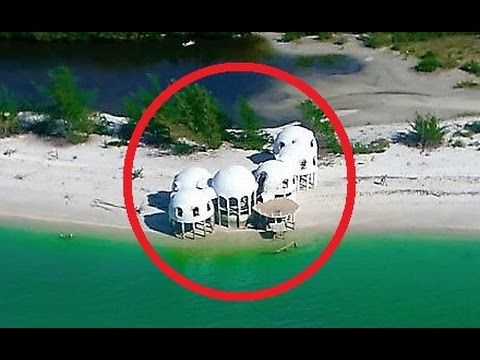 Here are the top 13 most frightening abandoned places from creepy doll factories to Chernobyl the worst nuclear accident ever!

Subscribe to Knowledge Feed for Myth Mania Mondays, Fact Tree Tuesdays, ...
Here are the top 13 most frightening abandoned places from creepy doll factories to Chernobyl the worst nuclear accident ever!

7. Glenwood Power Plant
Looking creepy enough to be used as a filming location for horror movies, this power plant has been abandoned since its closure in 1963. The plant was built to provide electricity for the New York Central Railroad tracks and became operational in 1906. The structure was abandoned for 50 years and today is littered with graffiti and almost completely empty. Recently the Goren Group started a project to convert the building into an arts-focused events complex that will include a hotel, restaurants, and a marina.

6. Oradour-sur-Glane
Technically this village was never abandoned. The inhabitants of the town were slaughtered on June 10, 1944, when a Nazi company massacred 642 of its residents, including 247 women and 205 children. French president Charles de Gaulle ordered the village to be maintained in its original state as a permanent memorial and historical site after the war. Today the village endures as a popular tourist site, with many people claiming to see ghostly figures roaming the vacant streets late at night.


5. Florida Dome Homes
Once upon a time, these dome homes were the self-sustaining, state of the art dwellings of an oil tycoon. Today they lie abandoned and run down, a mere shell of their former greatness. Oil producer Bob Lee built the futuristic homes as a vacation spot on Cape Romano for his family in the 1980’s. The problem with Florida beachfront property is that it can be susceptible to hurricanes, which often plague the area. The Dome Homes were severely damaged several times and after requests to build a seawall were denied the property was ultimately abandoned.

4. Port Arthur
Said to be one of the most haunted places in Australia, Port Arthur in Tasmania has seen plenty of tragedy and death in its time. The port was a penal colony in the mid-1800’s and was home to some of the hardest British criminals and had some of the strictest security measures in the British penal system. Much like Alcatraz Island, it was often billed as an inescapable prison. In 1996 28-year-old Martin Bryant went on a killing spree in the small town in which 35 people died, making it the worst mass murder in the country's post-colonial history. This event led to a severe crackdown on firearms throughout the nation in which 640,000 weapons were turned into authorities.

3. The Bhangarh Fort
Often dubbed the most haunted place in India, this 17th-century fort is completely ruined today. There are many myths about the place that have added to its haunted reputation. According to legend, a wizard is said to have cursed the fort and everyone in it after being rejected by a princess with whom he had fallen in love. The curse endures to this day and there are plenty of people who have reportedly had contact with ghosts or felt evil spirits when visiting the area.

2. Willard Asylum
This hospital opened in 1869 as Willard Asylum for the Chronic Insane in New York. The first patient was a woman named Mary Rote, who had spent the previous 10 years of her life chained up in a room. The asylum helped improve her condition and by 1890 the hospital had over 2000 patients. By this time the location had become completely self-sufficient. Patients grew their own food and tended to their own medical needs. There were even a morgue, a cemetery and a bowling alley on site. A huge push for deinstitutionalization occurred throughout the country in the 1990’s, leading to the asylum’s closure in 1995. Over half of the 50,000 or so patients who called Willard Asylum, their home also died there. Since the asylum closed its doors it has become widely recognized as a haunted location.

1. Pripyat
The infamous Chernobyl disaster of 1986 left an entire city which once had a population of nearly 50,000 completely abandoned. Thanks to the high amounts of radiation that escaped during the terrifying event the land is sure to remain untouched for hundreds of years. Chernobyl was the worst nuclear accident in history. While two human deaths occurred during the actual event, hundreds of thousands of people and animals in the area are thought to have been affected detrimentally by the high amounts of radiation exposure that the accident caused.
Show more
Share DOWNLOAD NEXT VIDEO Submit complaint
Loading...
You are about to download a video in MP4 format.
If you'd like to adjust the format or resolution, just select it here
Download
Download has already started, please wait 10 Seconds