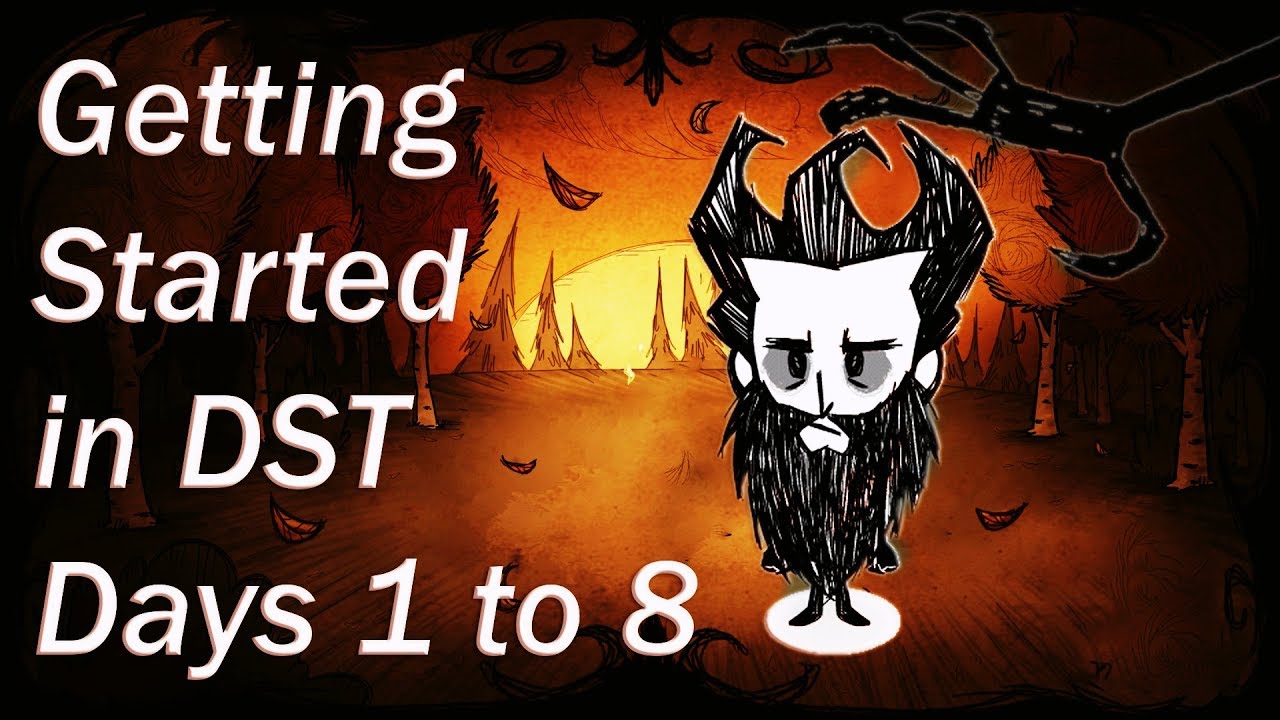 So you don't have to make a camp fire for awhile. Instead make torches so you can continue to move at night to save time and resources and Just eat raw Berries, Seeds, and Butterfly Wings, Once a cave comes by your path i like to pop in and grab however amount of Light bulb and ferns you can see because both these items will fully rot in 6 days, Now you will have rot for later when you set up your base. So you will need at least 22 logs, 31 rocks, 5 gold, 10 grass, and 9 twigs also 2 flint but you should have a bit more twigs, grass and flint because you will need tools and torches! but you can hammer down pig houses to get supply's way faster then having to farm them.

Once you have the science machine you can make yourself a backpack for more room, A Shovel to dig up berry bushes well you travel to use for your base later and make sure to break down the Science Machine for it's resources but precraft the Alchemy Engine and a fire pit then you wont ever need the science machine again because the Alchemy Engine makes everything the science machine can! Just don't place the precrafted items down until you find where you want to set uup your base, One last thing, Well exploring the outline of the map searching for the immovable resources like the Reeds, Pig king, Mac tusk is always good because will make it easier for later when these items are needed!


➥ About This Game:
Don't Starve Together is the standalone multiplayer expansion of the uncompromising wilderness survival game, Don't Starve. Now Including, A New Reign: Part 1, the first episode of a series of updates. Built for multiplayer A New Reign explores the world of Don't Starve now that Charlie has taken over.

Enter a strange and unexplored world full of strange creatures, dangers, and surprises. Gather resources to craft items and structures that match your survival style. Play your way as you unravel the mysteries of this strange land.

Cooperate with your friends in a private game, or take your chances with strangers online. Work with other players to survive the harsh environment, or strike out on your own.

Do whatever it takes, but most importantly, Don't Starve.