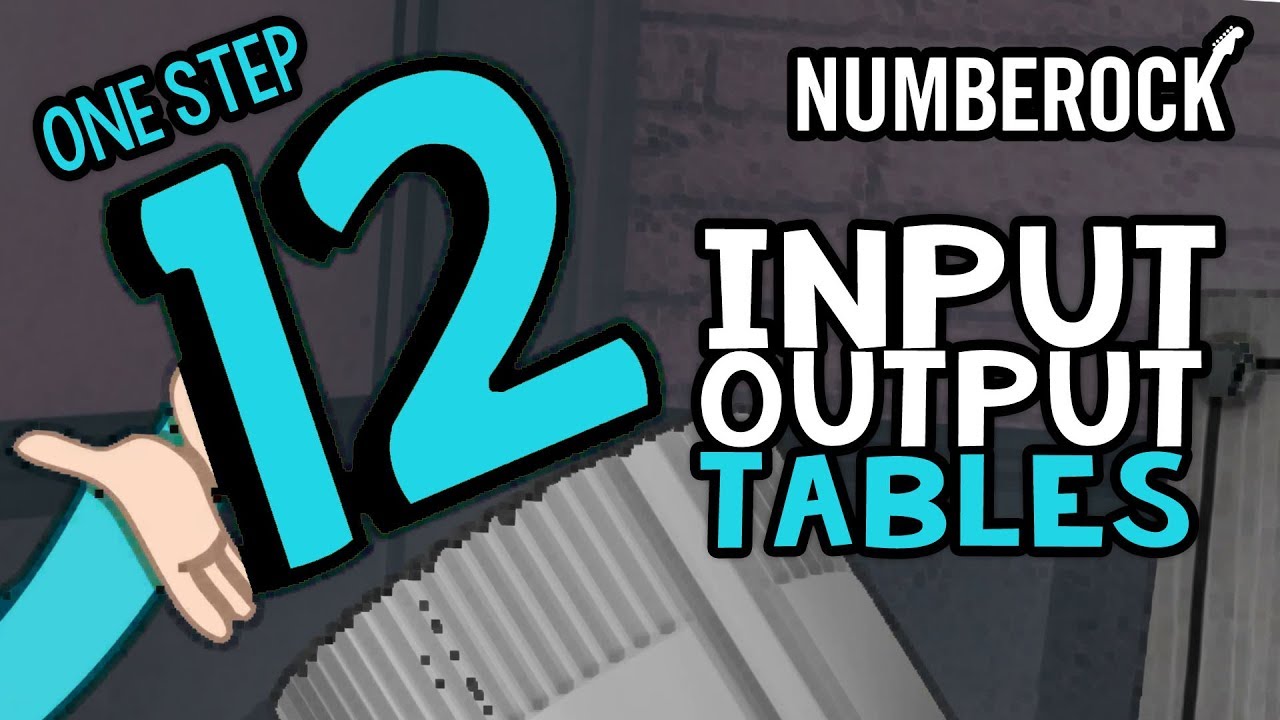 🍎 Enjoy our growing library of math videos at https://www.numberock.com 🍎

This song will show you how you can use input/output tables and number expressions to create number pattern...
🍎 Enjoy our growing library of math videos at https://www.numberock.com 🍎

This song will show you how you can use input/output tables and number expressions to create number patterns following a given rule. The NUMBEROCK crew is given a series of numbers that they use to make predictions about which numbers will come out of their function machine next if they keep following the pattern.

Verse 1:
We’re in a hot air balloon going up to fly;a table shows our time and height in the sky.At one minute, We're three meters off the ground;at two minutes, We're six meter’s up, staring down.At three meters, We're up nine meters high.What’s the "rule" that shows our place in the sky?

If we multiply any input (the time) by three,we'll get the output (the height); so that’s the "rule," you see.In goes four, out comes twelve;in goes five, out comes fifteen.. swell!In goes six, out comes eighteen.The "rule" is "times three," and the view is pristine.

Chorus:
What’s happening between the in and the out?We can always find out without any doubt.Make an educated guess, and test it out,'til you find out what the "rule" is all about.

Verse 2:
I had a function machine, the best one ever seen.I put in a nine, and out came a three;I put in fifteen, and out came five.Then, twenty-seven went in, and out came nine.There’s only one thing I want to know at this junction.What on earth is my machine's function?

If you divide any input by three,You'll get the output; so that’s the "rule," you see.In goes six, out comes two, for sure;in goes twelve, and you know out will come four.This input output table has a "rule."It’s "divide by three.” Man, that’s pretty cool.

4.OA.C.5 - 4.OA.5
Generate a number or shape pattern that follows a given rule. Identify apparent features of the pattern that were not explicit in the rule itself. For example, given the rule "Add 3" and the starting number 1, generate terms in the resulting sequence and observe that the terms appear to alternate between odd and even numbers. Explain informally why the numbers will continue to alternate in this way.
Show more
Share DOWNLOAD NEXT VIDEO Submit complaint
Loading...
You are about to download a video in MP4 format.
If you'd like to adjust the format or resolution, just select it here
Download
Download has already started, please wait 10 Seconds