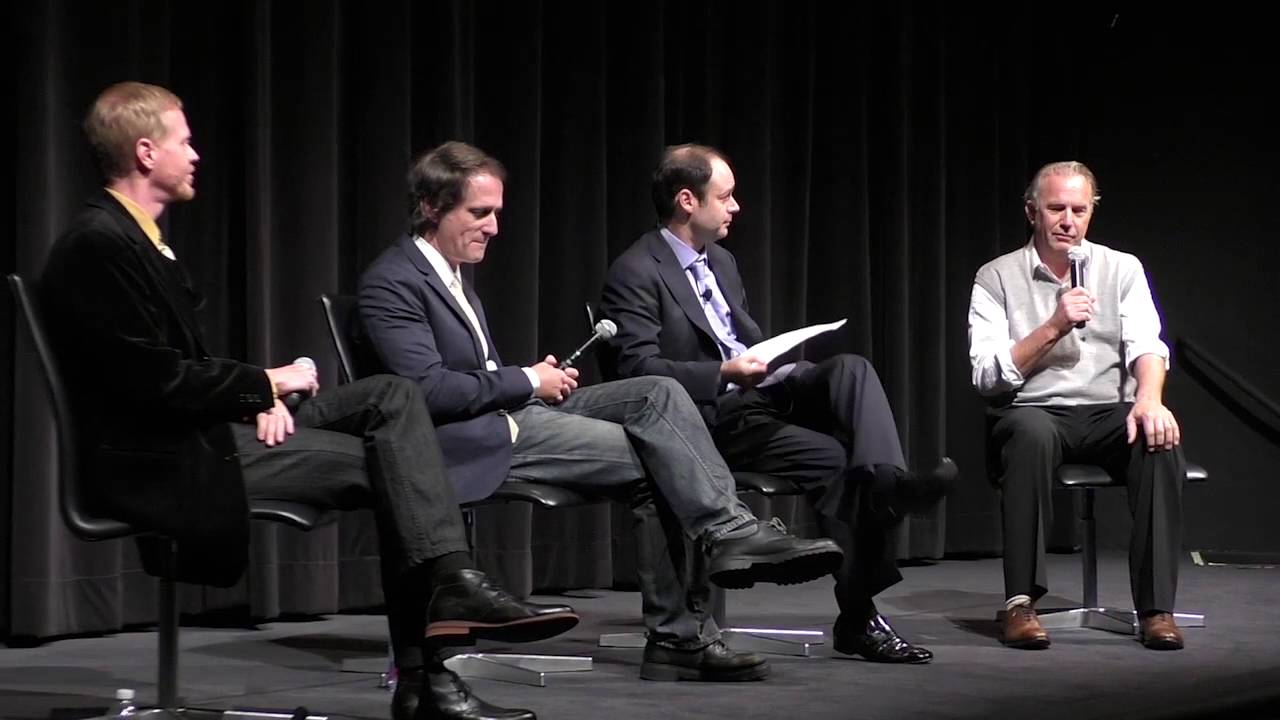 The Hudson Union www.hudsonunionsociety.com is where today's leaders come to discuss tomorrow's ideas.

Academy Award-winning actor-director-producer Kevin Costner made a solid career out of playing, amiable, dependable leading men with a stoic, deadpan style best utilized in sports-themed, feel-good movies. He made his now-infamous film debut - as a corpse - in director Lawrence Kasdan's The Big Chill. In recompense, Kasdan gave him the prominent, flashy role of a wild gunfighter in the action-packed neo-modern Western, Silverado. Costner's breakout year came in the form of two hit films that he solidly led - director Brian De Palma's prohibition crime-drama The Untouchables (1987) when he was cast as Elliot Ness opposite Robert De Niro's murderous Al Capone and the military thriller No Way Out alongside Gene Hackman. A string of subsequent hits, including the baseball-themed Bull Durham (1988) and Field of Dreams (1989) led to his masterpiece, the Academy Awarding-winning Western Dances with Wolves (1990). It went on to win seven Oscars, including Best Picture and Best Director for Costner.

Costner's romantic thriller The Bodyguard (1992) became a monstrous hit, the magnitude of his box office power became eminently clear. For the latter project, Costner also proved to be a genius in music production, insisting that his co-star Whitney Houston not only cover the Dolly Parton song "I Will Always Love You" for the film instead of the initial song planned, but that she sing the opening verse a capella.

Costner would ultimately find another big hit in television, as the star of the highly-rated miniseries docudrama Hatfields & McCoys.

Costner is frequently compared to such movie icons as Gary Cooper and Jimmy Stewart.

The Explorers Guild is a golden age adventure story action-packed, globe-trotting tale that combines the bravura storytelling of Kipling with the irresistible style of The Adventures of Tintin.

Jon Baird is a co-creator of The Explorers Guild and author/illustrator of the novels Day Job and Songs From Nowhere Near the Heart. He is a co-writer, with Kevin Costner, of the Horizon miniseries.

Rick Ross is an artist and filmmaker whose first work in graphic fiction was illustrating the Image Comics series Urban Monsters. Subsequently he was the lead artist for the graphic novelization of Spike TV's 1000 Ways to Die, and he has also created artwork for a number of animated motion comics, including for the Cinemax television show Femme Fatales. He is the founder and publisher of the online graphic fiction anthology Agitainment.
Show more
Share DOWNLOAD NEXT VIDEO Submit complaint
Loading...
You are about to download a video in MP4 format.
If you'd like to adjust the format or resolution, just select it here
Download
Download has already started, please wait 10 Seconds