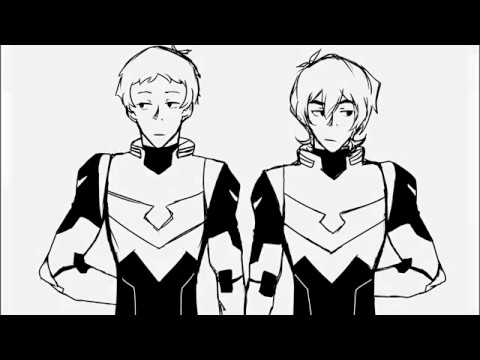 Keith is overwhelmed with the situation because he low-key doesn't want to admit that he was in a romantic relationship with Shiro. So overwhelmed that he starts bringing up old memories of Lance flirting and trying to be with others, which causes him to doubt their relationship. Both are frightened to even say a word to each other, afraid that they might say things that they'll regret. Both are extremely pained with slow burn, because they both don't want to talk about it. That is, until Keith brings it up. After that, it's kind of a cliff hanger. So have fun with that.

The video is based on Keith's view telling Lance to not " judge " him, and get the wrong idea that Keith still has " romantic" feelings for Shiro. Saying how all of that was in the past, and how he loved Lance from the beginning. How he infatuated love for Shiro because he was alone at the time. Alone and going through puberty, alone and loved by nobody.

Keith just wanted to let Lance know that there was now nobody else he loved, with his whole entire being, other than Lance.
.
.
Original Song: https://www.youtube.com/watch?v=z29nI8RQV0U