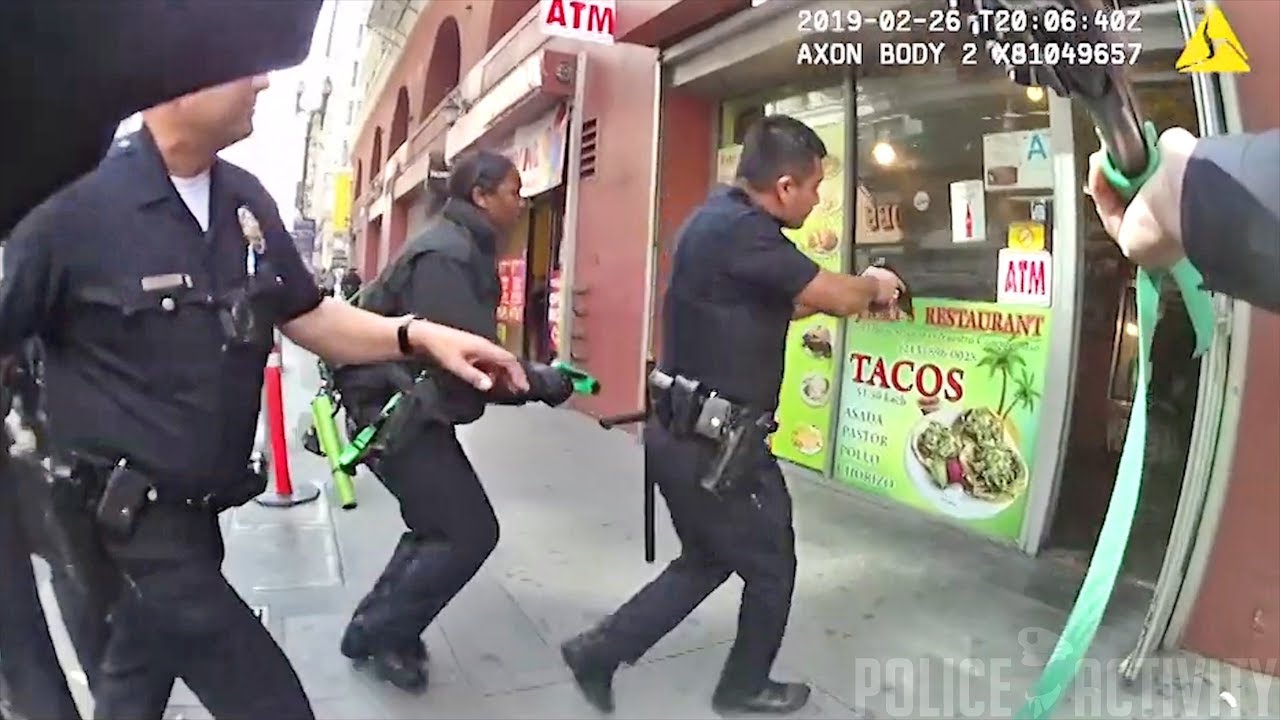 One of the officers located the knife the suspect had been holding and removed it from the immediate area where the officers were struggling with the suspect. The suspect was taken into custody and transported to a local hospital for medical treatment for an injury to one of his hands. The knife the suspect had been armed with was a folding knife with a blade that measured approximately four inches in length. The suspect was identified as Kenneth Sylvas, a 68 year old resident of Los Angeles. He has a criminal history which includes an arrest and conviction for criminal threats and 11 convictions for being drunk in public disturbing the peace and driving on a suspended license. On February 28th 2019 the Los Angeles District Attorney's Office filed one count of criminal threats and two counts of resisting arrest.