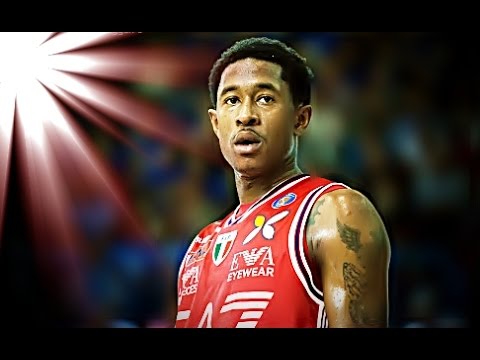 
As a senior in 2010–11, Brooks averaged 24.6 points per game, first in the Big East. Besides leading his team in scoring and rebounding, he was second in Division I in scoring. He was named to the 30-player national midseason watchlist and was one of 20 national finalists for the 2011 John R. Wooden Award.

On February 23, 2011, Brooks scored 52 points against Notre Dame, tying the school record held by Marvin Barnes, and breaking the Big East record of 48 points in a game. He scored 35 points in the second half alone, 15 of them in the final 2:57, leading a comeback that would fall short as Notre Dame picked up the win, 94–93. Brooks scored his final points on a 3-point shot with two seconds remaining, leaving the Friars down a point. He hit 20-of-28 shots on the night. Fellow Friar Eric Murdock held the previous record of 48, set against Pittsburgh in 1991. It was also Brooks' second 40-point game of the season; he had 43 in a loss at Georgetown on February 5, 2011. He became only the third player in Providence history with two 40-point games in a season.

On March 5, 2011, Brooks scored 28 points in a regular season-ending win over Rutgers, giving him 468 points on the Big East regular season. That broke the previous single-season conference mark of 462 points set by Connecticut's Donyell Marshall in 1994.

Brooks finished his college career with 1,629 points, ninth all-time for Providence. On March 28, 2011, he was named a third-team Associated Press All-American. He was picked to the Fourth Team All-America by Fox Sports.

New Jersey/Brooklyn Nets
Brooks was drafted by the Boston Celtics with the 25th pick in the 2011 NBA Draft, but the Celtics immediately traded Brooks to the New Jersey Nets for the Nets' 27th overall pick in the draft (JaJuan Johnson) and a second round pick in the 2014 NBA Draft. On February 8, 2012, Brooks was selected to participate in the 2012 BBVA Rising Stars Challenge. He was drafted by Team Chuck. On May 14, 2012 the NBA announced that Brooks finished 10th in the Rookie of the Year voting with 4 total points. The winner was Cleveland Cavaliers guard Kyrie Irving.[6] A few days later the NBA announced that Brooks has been named to the NBA All-Rookie Second Team. In 56 games Brooks averaged 12.6 points (3rd among rookies), 3.6 rebounds, 2.3 assists and 0.93 steals.

On November 9, 2012, Brooks sprained his left ankle during the team's morning shootaround.[8] Brooks would miss two games. In the beginning of the 2012-13 season, Brooks saw decreased playing time from Nets head coach Avery Johnson. Brooks admitted to having "confidence issues" early in the year. When P.J. Carlesimo became the team's coach, he gave Brooks more minutes. When Brooks was asked about Carlesimo he said, "I've got a lot more confident. That's helped my game a lot".

Boston Celtics
Brooks was traded to the Boston Celtics on July 12, 2013 in a blockbuster deal that sent Celtics stars Kevin Garnett, Paul Pierce and Jason Terry to the Nets. He was one of two players traded to the team that originally drafted them: Brooks was drafted by Boston in 2011 and Kris Joseph in the 2012 NBA Draft.

On January 1, 2014, he was assigned to the Maine Red Claws.On January 9, he was recalled by the Celtics.

Golden State Warriors
On January 15, 2014, a three-team trade was completed involving the Boston Celtics, the Golden State Warriors, and the Miami Heat. The Celtics sent Brooks and Jordan Crawford to the Warriors. In exchange, the Celtics received Joel Anthony, a protected future draft pick Philadelphia sent to Miami in an earlier trade, and a 2016 second-round draft pick from the Heat. The Heat also received Toney Douglas from the Warriors as part of the deal.

In July 2014, Brooks joined the Sacramento Kings for the 2014 NBA Summer League.