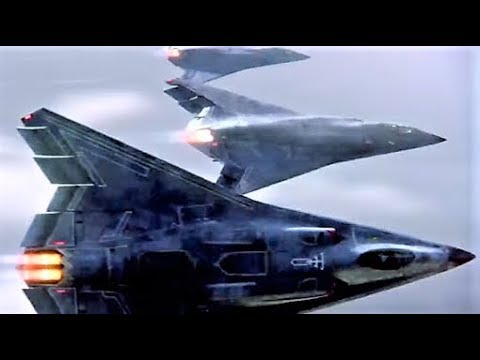 From top secret stealth fighters, to vertical landing jets, these are the MOST Advanced Fighter Aircraft !

HEY YOU ! There are more awesome videos being made every week, like and subscribe to World ...
From top secret stealth fighters, to vertical landing jets, these are the MOST Advanced Fighter Aircraft !

HEY YOU ! There are more awesome videos being made every week, like and subscribe to World Unearthed so you don't miss a beat !

"The appearance of U.S. Department of Defense (DoD) visual information does not imply or constitute DoD endorsement."

The Lockheed Martin F-35 Lightning II family of fighter aircraft was developed in the early 2000’s. It all started with the X-35, a prototype for the Joint Strike Fighter program from the 1990s.

The first official flight of the F-35 was in December of 2006, since then, the U.S. Military plans to order more than 2,500 aircraft, and worldwide, the aircraft will be available to all these countries.
When I say this I mean that the F-35 will be produced until 2037 and has been projected to be in service until 2070. Crazy right? It's not cheap either, the jets cost between $94 million to $122 million each.

There are 3 main variants, The F-35 A, B and C. Each model has specific use cases, but they all come equipped with these futuristic helmets that have Heads Up Displays. As it turns out all that experience in Battlefield might be worth something in the future !

The F-35A is the lightest and smallest version, but it does have a 25mm cannon internal cannon ready to go. During development, it was expected to replace the A-10 Warthog, but that doesn’t seem likely anymore.

Finally, the F-35C will be primarily used by the U.S. Navy, thus it is called the “carrier” variant.

Introduced in 2017, this all weather fighter took its first flight in January 2011, it will be the main air superiority fighter of the Chinese military and it is believed to already be in service.

Each unit costs about $110 million and right now, there are 20 plus J-20s in use by the Chinese. The stealth characteristics of the J-20 resemble the shaping and design of the American F-22, which we will cover later on.

There were other bad rumors surrounding the Chinese program, including a report that stated hackers retrieved information from the F-35 Lightning II project, which might have helped in the production of the J-20.

Possibly the most controversial aircraft on this list is the F-22 Raptor, it took its first flight in September 1997 and at the insane cost of $150 million per unit, it has had its issues.

Lockheed Martin started development of the Raptor in 1986 and by 2005, the F-22 Raptor was ready for combat use ! As I mentioned earlier, the F-22 is banned from export under U.S. law, since it contains top secret technology that cannot fall into the wrong hands.

In 2006, the Raptors need was challenged, some people believed there was a lack of relevant adversaires for the fighter jet, thus there was no reason to produce anymore of them. Ultimately the F-22 Raptor was limited to a production cap of 187 aircraft, some government officials believe that 187 units is not enough to defend against rising threats from China and Russia.

The F-22 is praised for its stealth technology and it is believed to be years ahead of previous stealth fighters like the F-117.However, there have been serious issues with the aircraft.

Six Raptors undertook their first overseas deployment in 2007, and suffered major system failures when crossing the 180th Meridian, known as the International Date Line. The aircraft had to return to a Hawaiian base by following tanker aircraft.

Pilots have experienced loss of consciousness and memory loss during flights, mostly due to oxygen supply disruptions. Since 2011, lockheed martin has worked on fixing the problems.