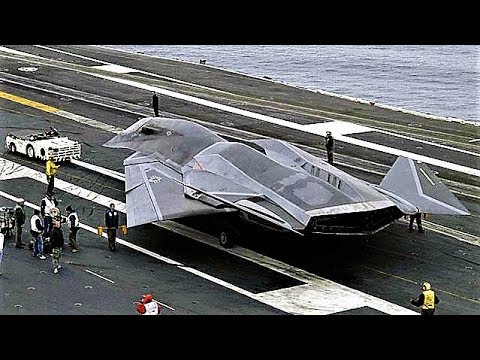 From the recently unveiled stealth Russian fighter jets to American aircraft that costs 339 million dollars per jet, here are 11 most insane fighter aircraft.

4. Dassault Rafale
This advanced fighter aircraft can pack a lot of punch for it’s small size compared to some these others on the list. It’s capabilities were first demonstrated in July 1986 and it’s been valued for its aerodynamic design and control system. It features some of Europe's most advanced avionics systems which includes technologies like two-plane electronic scanning, making L’armee de l’air a force to reckon with.. This radar system enhances reliability, increases detection ranges, fully targets and tracks multiple enemy planes, and allows high resolution of nearby images. The one man crew is equipped with a state of the art helmet with sights and displays. It’s reduced size allows to comfortably fit onto aircraft carriers and increase its stealth abilities. They’ve be battle proven, seeing combat in places like Libya, Mali, Iraq, Syria and Afghanistan.

3. Lockheed Martin F-35
Also known as the Lightning 2, this aircraft is currently in use by the United States Marine Corps, Air Force but the US is planning on exporting to many other countries in the near future. It was designed with the intent to some day replace the F-16 fighters that are most commonly deployed. This is slightly smaller than the Lockheed and Martin F-22 design and only has 1 engine. It might get called upon to do close air support, air defense missions and even tactical bombing. It utilizes stealth technology to stay off enemy radar and is prized for the short amount of space needed to land and take off. This makes it ideal to eventually be stationed on Aircraft Carriers some day in the future. With the US air force developing some new shocking state of the art aircraft, it’s lead to some rumors getting floated around online. The image you see was though to be a new experimental aircraft known as the F 37 but it reality it’s just a clip from the film known Stealth. Although it’s a fictional movie, it was filmed on a real US aircraft carrier called the USS George Washington. It makes you wonder if they used some inspiration from the F35 when coming up with this fictional design.

2. Sukhoi SU-57
Due to america’s advancing aircraft, some we haven’t got to yet, the Russians have built their own super fighter plane that is looking to control the skies. With Russia having quality missile programs, you better believe that this aircraft can shoot down an enemy target as far away as 124 miles! This is one Russia’s newest 5th Generation stealth fighters which is highly maneuverable, can carry 10 tons of weight, and has low visibility because of it’s stealth technologies. Reaching speeds of 1,600 miles an hour and looking quite smooth, it glides through the sky without having to spend trillions of dollars. It’s range maxes out at 3,500 miles but it always get refueled in mid air if it has too. Although it hasn’t been battlefield proven just yet, Russian officials praising its potential to compete with other superpowers such as the US and China

1. The F-22 Raptor
This US fighter get almost has complete stealth against enemy radar and carries a vicious arsenal of weapons on board. It’s possibly the most advanced and expensive fighter aircraft on the planet to this day. Much of the equipment is classified but the engines allow it to cruise extremely long ranges and is extraordinary maneuverable. Air superiority was the number one goal when designing this fighting machine. Many claim that it’s completely unmatched on many different categories of other fighters. Some of these have been recently moved into places like Estonia and in Germany in order to help keep Nato territory secure. They recently have seen combat time in Syria, intercept two of their fighter jets above the city of Hasakah. These things get off the ground in a hurry and are capable of a vertical takeoff almost like a rocket ship. This certainly helps make it the most advanced fighter plane. It would be one heck of a show to see the F22 Raptor take on the Sukhoi SU-57. Russians might say that Americans are paying far too much for this without too many clear advantages over russia’s top fighters.. Apparently the fighter has radar absorbing metallic skin which requires quite a bit of maintenance. There have been a few reported crashes like the one you see here but the pilot ejected safely and it seems as though it might almost be a challenge to maintain this complex fighter.
Show more
Share DOWNLOAD NEXT VIDEO Submit complaint
Loading...
You are about to download a video in MP4 format.
If you'd like to adjust the format or resolution, just select it here
Download
Download has already started, please wait 10 Seconds