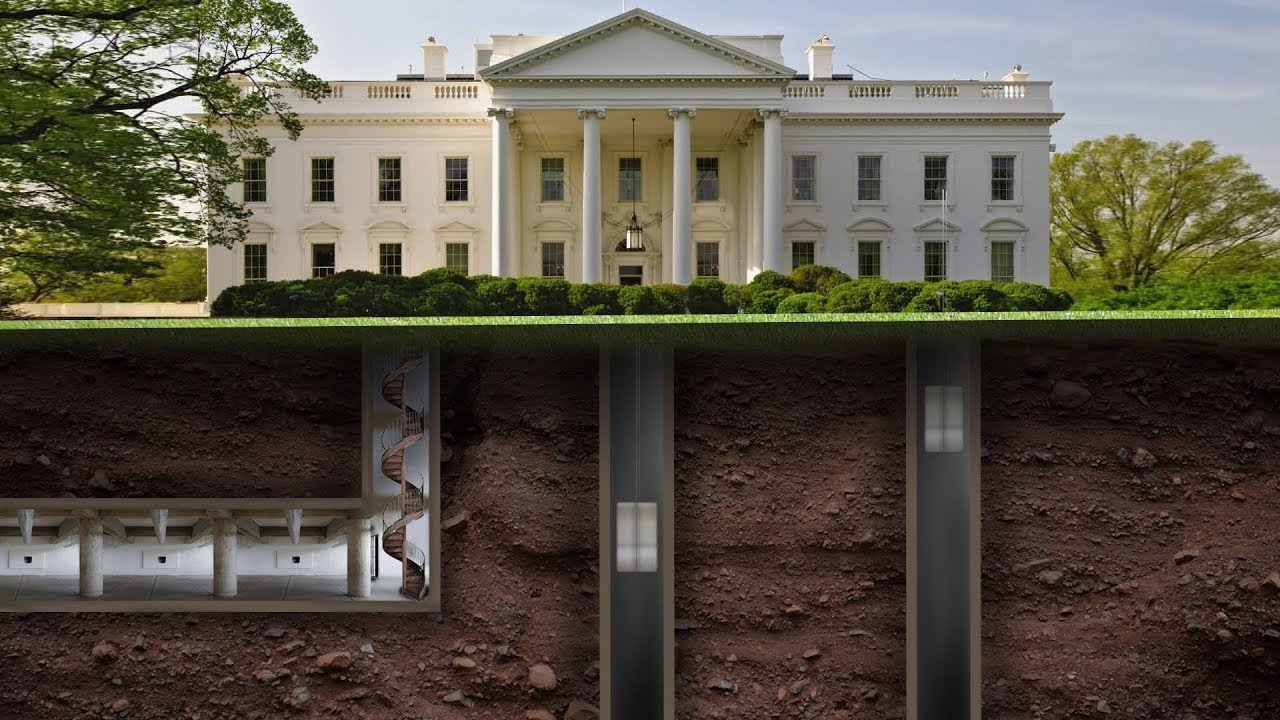 #1 Secret Tunnels
There is actually a whole network of underground passages, rooms and tunnels buried beneath the White House. Two floors deep. Complete with a Bowling Alley, Dentist's and even a chocolate shop with rumors however spurious of a system of tunnels leading to other important buildings.

#2 Secret Alarms
You'd expect the president's Oval Office to be packed full of security guards, to protect him in case negotiations go sideways, right? But his elite bodyguards actually have to wait outside. Instead there are various items on the president's desk that if casually moved trigger secret alarms, signalling the guards to come rushing in.

#3 Air and Water Supply
Sometimes not all citizens are rooting for the same candidate to become president and it wouldn't take much for them to poison the President's water or air supply. That's why the water that enters the grounds passes through it's own special filtration system and is constantly monitored for toxins. Even the air inside the White House is pressurized higher than the air outside thus keeping out any possible chemical or biological attacks.

#4 Infrared Sensors
Over the years security within the White House grounds has multiplied. Gone are the days when you could wander right on up to the front door, as security has the place fenced off, with restricted areas hidden guards with dogs and even infrared sensors which trigger the alarms.

#5 Secret Trapdoor
For years it has been thought that there is a secret trapdoor underneath the President's desk. This perhaps stems from JFK's presidency, where an opening panel was added. However there is talk of a secret door panel in a wall in the Oval Office which leads to a hidden staircase descending into the White House's underground tunnel system.

#6 Rooftop Surveillance
Other than the occasional agents with cameras, the rooftops are filled with instruments and antennas said to be used to monitor the airspace above the grounds and perhaps even anti-drone vigilance.

#7 Pool Tunnel
The White House has an outdoor poor for the first family to enjoy the summer months. However heaven forbid an avid paparazzi should snap a picture of the Pressi in a speedo, the pool can be accessed through an underground tunnel. Problem solved.

#8 Pressure Pads
Apart from hidden sensors, the Oval Office also has pressure pads built into the floor so even though the agents stay outside, they know where the President is at all times, in case they have to burst in at any given time.

#9 Wine Cellar
The size of the first family's wine cellar is kept very hush hush, however judging by the underground bowling alley and chocolate shop, one can only imagine a winery of presidential proportions. But according to one source the wine cellar is only the size of a small closet.

#10 No Secrets
Having the most dangerous job in America requires a high level of surveillance. Dozens of agents knowing the locations and activities of the First Family members at all times. This becomes awkward when the President or code name: Renegade and his wife: Renaissance want to get intimate. Or according to inside agents code: When Renegade and Renaissance are Discussing the Bosnian Problem.